So you want to make your own compiler, from scratch?

That won't be easy. Some compilers are comparable in complexity to entire simple operating systems.

Still, it can be a fun and/or educational project. Here are some things you should know before you get started:

Why write a compiler instead of using an existing one?

Well, if you're still up to it, let's now look at how compilers work: 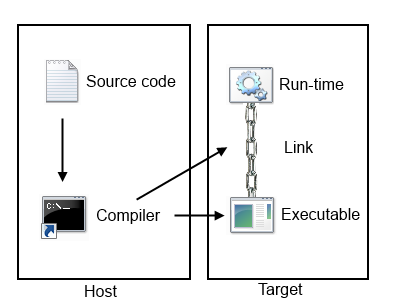 Compilers also have a peculiar internal structure. You do not have to replicate the one described here exactly, but it's a good road map for now. Generally, the task of compiling a program is subdivided into several individual tasks:

The idea for this division is that by having a collection of different front-ends, and different back ends, you can compile a program in any language, to any target, because the IR is the same for all of them.

It's worth noting that this break-up is purely for convenience of the compiler developer. Most types of parsers can easily read a stream of characters as opposed to a stream of tokens, and so do not need a separate scanner. Some very powerful classes of parsers can even determine the semantic meaning of statements before they're even done reading, and so do not need a semantic analyzer. They might be more difficult to understand and work with, though.

Applies a whole bunch of algorithms meant to try and make the program more efficient. I'm not really familiar with this part, so I won't go into details. Since all it does is optimization, you could omit it for simplicity.

Soon, I'll go over how to actually write each of those.